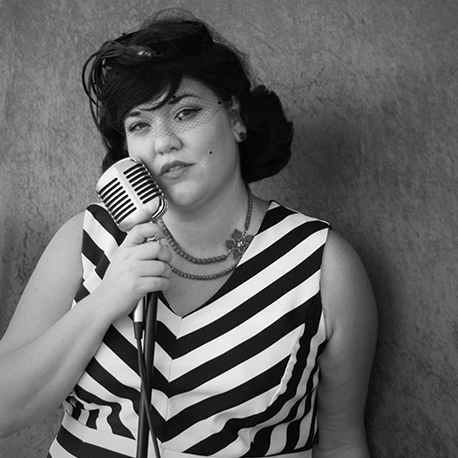 Celeste Barbier is known as the Vintage Vocalist of San Diego. She has an incredible & unique ability to channel some of the most memorable vocalists of the 20th century with her powerful, rich, deep yet sultry tone. She invokes the vocal qualities of her sheroes including Ella Fitzgerald, Etta James, Norah Jones, Diana Krall, Karen Carpenter & Patsy Cline as she covers a great range of 20th Century classics and some contemporary songs. She performs cover songs that are the soundtrack to our lives transporting her audience back to memories of special times, places & people. Fans often say that she has the power to heal them through her soul-gripping performances. As a formally trained opera singer, she has a an impressive range, mesmerizing stage presence & dynamic vocal control.